Saudi Prince Buys Out Plane Cabin for His 80 Hawks 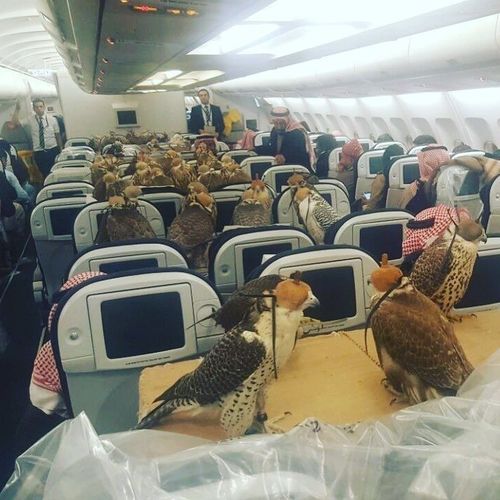 Due to ongoing protests calling into question the legality and morality of Donald Trump’s executive order banning migrants and refugees from several Muslim countries, airports have been particularly chaotic over the past few days.

But we’re guessing that one airport is going to witness some extra chaos when a particular flight lands. Redditor lensoo uploaded the following photo from his “captain friend” whose plane had some unusual passengers. Allegedly, a Saudi prince bought 80 seats for all his personal hawks.

Within hours, the photo skyrocketed to the front page of Reddit with nearly 76,000 upvotes.

The reddit user insists the photos are real, and though some users were quick to point out that many airlines don’t allow large numbers of animals in the cabin, some airlines in fact do permit the birds to fly in the cabin. 80 birds of prey locked together, what could go wrong?